Connie Barton and Donna Kendall both have something in common:  they stood up to one of the largest and most powerful drug companies in court – and won.  Today, in Philadelphia, PA, these two verdicts against Wyeth (a division of Pfizer) over its hormone therapy drugs (Premarin and Prempro) were released.  In each case, the jury awarded these women significant compensatory and punitive damages ranging from more than $34 million to $78 million.  And this is just the tip of the iceberg as Wyeth faces lawsuits from more than 10,000 additional women who also claim that Wyeth’s drugs gave them breast cancer.  A third punitive verdict that was awarded in 2007 in the Daniel v. Wyeth case was scheduled to be released today as well.  However, Wyeth was granted emergency relief this morning to keep the third verdict sealed.

(Philadelphia Inquirer) The lawyers who won $103 million in two jury verdicts announced Monday against Pfizer Inc. relied as much on their storytelling ability as their knowledge of the law.

Most plaintiffs' lawyers are men, but two prominent lawyers in these cases are women: Zoe Littlepage of Houston and Esther Berezofsky, whose firm is in Philadelphia.

In a separate decision the same day, a judge in that same court unsealed a verdict reached earlier this year that awarded $75 million in punitive damages to another Illinois resident, Connie Barton, over her Prempro-linked breast cancer.

Pfizer said the verdicts were not supported by the evidence and vowed to continue fighting.

Tobis MilroodFor Tobias Millrood, Kendall's lawyer, the high-stakes litigation began seven years ago with the release of a study suggesting that a popular hormone-replacement therapy might raise the risk of breast cancer.

Millrood, then only 32, filed his first lawsuit the next day alleging that the drug had caused breast cancer.

Since then, he has come to represent 1,000 plaintiffs in the litigation, which includes about 10,000 total cases against Wyeth and Upjohn, alleging that their drugs had put his clients' lives at risk. Both companies were acquired by Pfizer.

The lawyers in these cases belong to a small legal fraternity who earn their livings suing pharmaceutical companies. Because they typically charge their clients nothing, they take on huge financial risk. They finance the costs of depositions, expert testimony, and investigations that can run into millions of dollars.

But the payoff can be huge. Lawyers' fees in such litigation range between 30 percent and 40 percent of the total award.

"These are very, very high-risk cases and there are not a lot of firms that have the resources or the will" to take them on, said Millrood, a partner in the firm of Pogust Braslow & Millrood L.L.C. of Conshohocken.

Since graduating from the University of Tulsa College of Law, he has tried some 20 cases to verdict and settled several others shortly before or during trial.

For most jurors, pharmaceutical litigation is a complex terra incognita, where scientific certainty is often unattainable and drawing an irrefutable causal link between the taking of a medication and the onset of disease nearly impossible.

In the Prempro case, Millrood maintained to the jury that the hormones in the drug stimulated tissue growth that eventually morphed into cancer, and he pointed to statistical studies showing an elevated occurrence of cancer among women who took the drugs.

He and the other trial team members also sought to undermine the credibility of Pfizer witnesses.

Ron Rosenkranz, of Finkelstein & Partners, of Newburgh, N.Y., who served as cocounsel along with Millrood for Donna Kendall, said jurors expressed great skepticism about the Wyeth and Upjohn witnesses in a meeting after the punitive-damages verdict.

Rosenkranz, 63, described the trial as physically punishing - he had a kidney replaced four years ago and earlier had triple-bypass surgery - yet he said the results were gratifying.

For Littlepage, the courtroom is a theater, the jury is her audience, and props are part of the act. 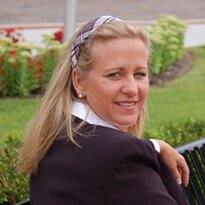 In some of the hormone-replacement cases, for example, she filled a fishbowl with pieces of paper that included details about Wyeth studies on the drugs. She then asked a Wyeth witness to pick a piece of paper randomly from the fishbowl and read what was on it.

Littlepage asked questions about each study picked, driving home the point that no matter what the witness selected, no study adequately investigated links between the drugs and breast cancer.

"She's a master of translating very complex concepts into visuals that are readily comprehensible and that juries react to," said Berezofsky, who also was a lawyer for Barton and is the liaison for lawyers in Prempro cases being tried in New Jersey.

(Pfizer continues to say it did the necessary research and disclosed risks to patients.)

Littlepage's tactics occasionally have annoyed defense lawyers, prompting one to say during a trial: "I can't compete with Zoe and her toys."

Courtroom litigation can be rough, but Littlepage enjoys it.

"My style is theatrical and dramatic but not emotional," she said. "I just have a lot of fun trying lawsuits."

Berezofsky, who lives in Cherry Hill, says perseverance is in her genes. Her mother was a resistance fighter during the Holocaust. One of Esther Berezofsky's first jobs was promoting community mental-health projects in Detroit.

"I come from a family who resisted against and fought oppression, so in my life now, I work or represent people who need some kind of advocacy," she said.

Her firm, Williams Cuker Berezofsky, is based in Center City and employs 14 lawyers.

A graduate of Wayne State University and Rutgers Law School, she also has successfully represented families in Toms River, N.J., who claimed that Ciba Specialty Chemicals Corp., Union Carbide Corp., and United Water Resources Inc. caused their children's cancer. The companies did not admit fault in those cases.

PLEASE REMOVE THE PIX OF ESTHER BEREZOFSKY IMMEDIATLEY!!!!! IT IS NOT HER. IT IS ANOTHER ATTORNEY IN HER FIRM
July 15, 2011 |