Dr. Drew Pinsky, celebrity physician, has received six figures to talk up Wellbutrin, an anti-depressant drug, as a libido booster, something the FDA says is an off-label use of the drug. 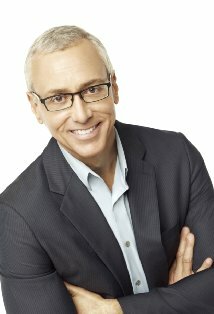 Source: www.imdb.comWhile the government has found no wrongdoing with him, notable plaintiff attorney Jan Schlichtmann says it is time for the country to start dealing with the corrupt process in which drug companies market their products from a policy standpoint.

The $3 billion fraud settlement case against Glaxo Smith Klein, makers of Wellbutrin, brings out the same repeated conduct by drug companies. Glaxo had manipulated test data to hide the truth that there is a tendency of these anti-depressant drugs to induce suicidal ideations to its users.

When companies pay doctors and scientists to market their drugs, it becomes a corrupt process, according to Jan Schlichtmann .  In turn, the medical professionals see their income as dependent upon the money they receive from the drug company.  "This type of corrupt behavior needs to be stopped, " says Jan.

Jan Schlichtmann is one of the nation's most well-known civil action attorneys, most notably with his work on the Woburn City water supply case.  Visit www.SpeakingOfJustice.com for more information on Jan Schlichtmann and legalbroadcastnetwork.com, where he is a featured legal commentator.

For more information on the Glaxo settlement case, you can read the New York Times article here.