In divorce cases, there are simple rules applying to taxes.  Most people, however, get this wrong, even with professional help.  According to Attorney Robert Wood, one of the nation's premier experts on taxation, taxable damages, structured settlements and qualified settlement funds, the fundamental rule that causes most tax problems, is section 1041 of the internal revenue code: transfers between spouses during marriage or on cessation of marriage aren't taxed an unlimited amount of money.  There are also timing rules about how long after a marriage ends that the rules apply.

Robert Wood says, "the notion that something is a tax-free transfer doesn't mean that you don't have to plan for taxes in the future."  If a home is given to one spouse during the divorce settlement and the value of the home has increased, that spouse has to assume the tax liability of the home.

Alimony, or spousal support, is actually considered income to the spouse receiving the alimony and tax-deductible by the spouse paying the alimony.  Seems simple enough, right?  There are numerous IRS audits on both sides of a divorce finding that someone who is receiving alimony thinks it should be a property settlement and not income - and someone who is paying property settlement thinks it's like alimony and should be able to deduct it.

Bottom line is when it comes to divorce, whether it's involving sizable amounts of money or not, the help of a professional is advised to help navigate through the tax rules.

Read Attorney Robert Wood's article on Forbes.com about this topic and for more information on Robert Wood, visit his website at www.woodporter.com.

Robert Wood is also a featured commentator on The Legal Broadcast Network and the Tax Law Channel.

The BP Oil Spill, already shaping up to be one of the nations worst environmental disasters in terms of total dollars of damage, is going to be the focus of an ongoing series of updates, commentaries and information from the lawyers heading up one of the most prominent legal teams.

The two videos we are posting here are featuring Frederick "Rick" Kuykendall of the Murphy Firm of Baltimore, MD and also a native of Fairhope, AL. If you are looking for the most current and comprehensive legal view of what is occurring on the BP Oil Spill litigation from one of the top lawyers in that area of specialty, be sure to watch both videos and come back weekly for updates on the case, litigation, judicial rulings or information on how you as a property owner or attorney in the Gulf Coast region can hear more from Attorney Kuykendall.

Frederick Kuykendall III has practiced law for over 25 years. The Murphy Firm, MD, along with Frederick Kuykendall was listed in 2009 Edition in Maryland’s Super Lawyers, and he has been included in multiple editions in The Best Lawyers in America and is AV rated by Martindale Hubble.  Kuykendall has been lead or co-lead trial and settlement counsel in cases resulting in over two billion dollars in relief to injured parties, in the areas of Class Action Litigation,  Environmental Litigation, Insurance and Consumer Fraud, Personal Injury and Wrongful Death, Prescription Medications, and Products Liability. He is a member and was appointed a Commissioner of the Alabama State Bar, serving on a variety of committees, and most recently was Co-Chair of its’ Judicial Liaison Committee.

Nationally, Kuykendall is also a member of The American  Association for Justice (formerly ATLA), serving throughout the years on its most important committees, such as Public Affairs. Kuykendall is a member of the Leaders forum and was the recipient of The National Award for Special Skills as an Advocate. Other notable accomplishments include, his longstanding position on the Board of Directors of The Committee for Civil Rights Under Law and the Board of Directors of The Trial Lawyers for Public Justice. He has served on the Alabama Governor’s Commission on Environmental Initiatives and is an honorary member of  the Board of Directors of Mobile Baykeepers. He helped found the Pensacola chapter of The Riverkeepers, and has a long standing commitment to protecting the environment. He is also a frequent speaker at state and national seminars and was recently appointed to the Board of Governors of the Maryland Association of Justice.

Kuykendall has extensive experience litigating environmental damage cases, and has extensive experience litigating against the oil industry.  In 2009, he was co-lead counsel against Constellation Energy in an action that resulted in pollution abatement and damages to citizens whose water had been contaminated by chemicals.  In major cases against Weyerhauser Paper, Shell, Exxon, Hoechst Celanese, Conoco and others, Kuykendall has demonstrated a "no fear, no nonsense" approach.

" We are witnessing the beginning of what may very well become the largest environmental disaster in the history of the United States. The source of the spill is still spewing upwards of 5000 barrels of oil a day, which is 210,000 gallons, into the spawning grounds of shrimp, snapper and oysters in areas of the Gulf waters. If the spill isn't contained, it will soon threaten critical gulf beaches and marshlands. The impact on individuals and small businesses still recovering from a series of hurricanes is incalculable. The oil industry, like the financial industry, asked the citizens that populate the Gulf coast to trust them with our most valuable resource and they breached that trust. They must be held accountable and I, along with the group of dedicated environmental lawyers, have the skills and resources to do just that. While we all pray for a good ending, the courthouse doors of the Gulf Coast must be opened to protect our citizens and ecosystems."

Kuykendall’s commitment to environmental concerns is evident. He was appointed by the governor of Alabama to a select Commission on the Environment, is an Honorary Member of the Board of Directors of Mobile Bay Keepers and Co-Founder of the Pensacola River Keepers. Combining his concern for the environment with his legal expertise and resources Kuykendall has successfully brought polluters to justice.

Former Toyota lawyer and in house counsel Dimitrios Biller  joins Scott Drake on Speaking of Justice to outline the explosive revelations he shared with Congressional committee’s regarding Toyota’s alleged cover up of it’s sudden acceleration problems in their cars. This interview, direct with one of Toyota’s key insiders looks at how he was paid in his own words, “Hush Money” to keep quiet about the information he had on what appears to be a long standing problem with Toyota vehicles, sudden acceleration and car crashes. 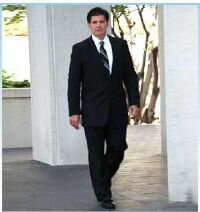 While Mr. Biller has been on Fox, CNN and other major channels today, I think you will find our exclusive interview with him to be one of the most intriguing looks at this major news story from a legal perspective. This is an interview that pulls no punches, looks at Toyota’s culture and management and raises troubling questions about how they have managed this problem internally from a legal standpoint.

If you are a lawyer handling Toyota crash claims, a journalist covering the Toyota sudden acceleration story or just a consumer who owns a Toyota and wants to know what is going on, you owe it to yourself to watch this exclusive interview on the Toyota sudden acceleration case, the alleged cover up and what comes next for this whistleblower who will certainly be under intense scrutiny regarding his claims, evidence and allegations against one of the worlds largest and most powerful corporations.

We at Legal Broadcast Network are pleased to bring you this exclusive interview with Attorney Dimitrios Biller and hope that if you are a new viewer of our content and shows, this will give you a reason to come back more often. All of our content and shows are original, exclusive and are featuring the lawyers and experts who are at the very center of the major cases, lawsuits and decisions that shape our society. If you have a case, a story or verdict you think would be of interest to our national and international audience of lawyers, journalists and others, be sure to contact our studio and let us know.

The U.S. Supreme Court asked the Obama administration Monday to weigh in on a Johnson & Johnson (JNJ) subsidiary's challenge to a lawsuit alleging that it defrauded Medicare over it's drug Procrit.

The CARD Act goes into affect. The new rules include full disclosure on fees and how long it will take to pay off your balance.

Toyota says it received a subpoena from a federal grand jury requesting documents related to unintended acceleration of its vehicles and the braking system of its Prius hybrid.

The daughter of a man who crashed his small plane into an IRS building in Texas is calling her father a hero.

Philip Morris the nation's largest tobacco maker is asking the Supreme Court to throw out court rulings holding that the industry illegally concealed the dangers of cigarette smoking.

Massachusetts Attorney General Martha Coakley says a federal law that defines marriage as a union between a man and a woman interferes with her state's right to regulate the institution.