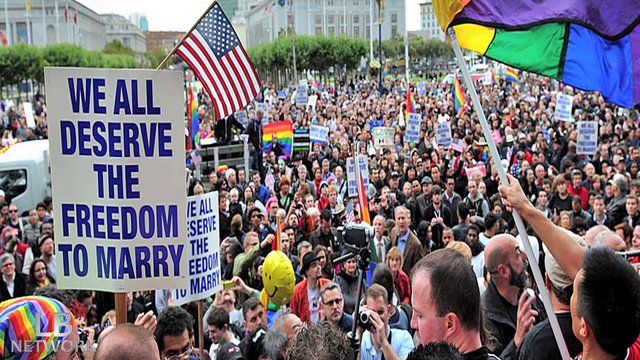 Before the end of the session on June 24, the Supreme Court has a few big bases upon which to decide, to include affirmative action, voting right and same sex marriages.

The affirmative action case is Fisher vs. University of Texas at Austin, in which Fisher sued the university after she was rejected from admission.  Fisher claims she had better qualifications than some black and latino candidates and that the only reason she didn't get in was because she was white.  The federal court of appeals said Fisher was correct and now the Supreme Court has to make a ruling, says Brad Bannon, democratic political consultant in Washington, D.C.  The curve ball, notes Bannon, is that Justice Kagan won't be deciding on the case because she worked on the case while she was Solicitor General in the Department of Justice under Obama.  There will be 8 judges and if there is a 4-4 tie, it means the circuit court's opinion is upheld, which would nullify the University of Texas at Austin's affirmative action laws.

A previous ruling in 2003 said that a university cannot use a strict quota system in college, however, they can use racial background as one of the determinants of admission, says Bannon, adding that state universities have the right to represent the state fairly and have a representative population, as it's conducive to education.

Bannon says that if the court rules in favor of Fisher, it would throw out the 2003 ruling and make it much more difficult for universities to consider race in admissions.

In Windsor vs. United States, Windsor was legally married to another woman in NY State and when her partner died, the IRS taxed the estate as if they weren't legally married and Windsor had to pay extra taxes.  Bannon says that Windsor is arguing the IRS decision, which is based on DOMA.  DOMA says the federal government only recognizes heterosexual marriage.

Windsor is making her argument based on two reasons.  The first, says Bannon, is that it's a violation of the Equal Protection Clause in the 14th amendment to treat gay couples differently than heterosexual couples.  Second, Windsor argues that there is nothing in the constitution that gives congress the right to regulate marriages.

Based on the court debates and arguments, Bannon believes there's a good chance the court is going to kill DOMA and if that happens, the federal government won't be able to discriminate against same sex couples.   Bannon also believes the court is much more divided on Prop 8 than DOMA, because if they do rule that Prop 8 violates the Equal Protection Clause in the 14th amendment, that will mean that they're telling 7 million people in California that their opinions don't matter.  This decision can also have a far-reaching impact, notes Bannon. Brad Bannon is President of Bannon Communications Research, a  Washington, D.C.-based political polling and consulting firm.  More  information can be found at www.bannoncr.com.  This video commentary was hosted by The Legal Broadcast Network, which provides on-demand legal content.