A terror organization is fundamentally a business, just like drug cartels or organized crime. The belief that terrorists are just bunch of violent fanatics is true for a lot of the low-level terrorists. For the ring leaders it’s mostly an act, part of the way they impress their donors and the populations under their control. On a day-to-day level, every terror group is first of all a financial organization, expending the bulk of its efforts to raise, invest, allocate, and transfer money. 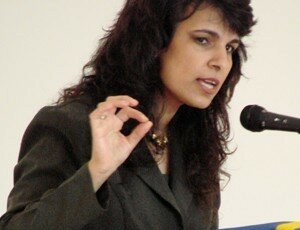 Organization, a worldwide network of lawyers who seek to go after the terrorist money trail.

Leitner says..."If you stop the money – you can stop the flow of the terrorism."


The common token of how cheap bombs are, as proof that the amounts of money needed to fund terrorism are very small, implicates that funding is only a secondary issue in fighting terror, since the terrorists will always be able to afford their homemade rockets and bombs. This reflects a radical misunderstanding of how terrorism works.

Global terror is very big, very organized, and able to hide behind the obscurities of international law, the protective veil of rogue states, and the support of whole parts of the world where their acts were seen as righteous and godly. The terrorists, it often seemed, are too dedicated to their cause, too cut off from the world of Western courts and judgments, and their attacks too much a low-budget affair, to be really hindered by lawsuits.

According to The Israeli Security Services (Shin Bet), the standard profile of a suicide bomber, for instance, is not someone suffering from mental illness. Rather, he’s gone through a long process of conditioning, with terror funding playing a decisive role at every turn: From his foreign-funded elementary school, where he was taught to idolize the shaheed, the martyr who kills as many civilians as possible on his road to Heaven; to youth programs, sports camps, and health clinics—all of which bought his loyalty to the cause and convinced him that the terrorists treat their people far better than official government institutions—to massive internal PR efforts, like posters and trading cards promoting past suicide bombers. Finally, after he’s been filled with visions of martyrdom from his childhood, he is offered the chance of a lifetime: He can both become a shaheed and solve his family’s financial woes for the rest of their lives by blowing himself up. Therefore, while an explosive vest or car bomb might not cost all that much, the creation of a suicide bomber is a long and expensive process.

Money makes terrorism go round—and dealing with money takes up the largest part the terror leaders’ time and energy. Yet, since this is their most important pre-occupation, it’s also their greatest vulnerability. The vast majority of terror funds are held, transferred, and switched into usable currencies (dollars and euros) either through established money changers or international banks—both of which have long been under the watchful eyes of law enforcement agencies around the world in their efforts to fight drug trafficking and organized crime. If these were to be brought under heel, a large part of the machinery of terrorism would grind to a halt.

It was not so long ago that the idea of fighting terrorists through lawsuits was seen by most Westerners as ridiculous, like trying to put out a brushfire by spitting on it. Global terror is enormous, very organized, and able to hide behind the obscurities of international law, the protective veil of rogue states, and the support of whole parts of the world where their acts were seen as righteous and godly. The terrorists, it often seemed, were too dedicated to their cause, too cut off from the world of Western courts and judgments, and their attacks too much a low-budget affair, to be really hindered by lawsuits.

But things have changed over the last decade, and now one regularly hear about massive court judgments against states like Iran and North Korea, about big banks like Lloyd’s and Barclay’s shutting down accounts of suspicious charities because of “exposure” to “liability”, about terror organization not being able to use the banking system any more. Fearing lawsuits, terror sponsors like Iran have pulled billions of dollars out of the US and Europe, and are having a much harder time finding banks willing to convert their money into dollars and euros—hard currencies the terrorists desperately need to build their bases and buy their weapons. Boxed out by the banks, terrorists have had to resort to ever more risky methods of transferring ever smaller amounts of cash—such as in suitcases or through underground tunnels. Yet even then, terrorists have often found their money corralled by Western courts. After decades of building their networks around the world, terror financing has today swung into heavy retreat, in large part due to a sweeping dragnet of ever-more-creative creative international lawsuits.

There are no comments for this journal entry. To create a new comment, use the form below.
Copyright © 2009, The Legal Broadcast Network. All rights reserved.