CBS continues to fight the $550,000 fine for Janet Jackson's infamous 2004 Super Bowl "wardrobe malfunction," insisting the network is not responsible for the fleeting nudity.

The 3rd Circuit Court of Appeals in Philadelphia had thrown out the FCC fine as arbitrary. But the U.S. Supreme Court ordered the court to reconsider, leading to new arguments Tuesday. 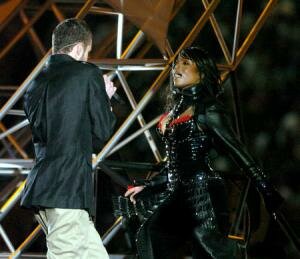 and images - and excused fleeting uses. Janet Jackson appeared bare-breasted in the halftime show for nine-sixteenths of a second.

But FCC lawyer Jacob Lewis says the duration of the offense is not the only factor. And he argues that CBS was warned the act might include some shocking surprises.﻿