Professor Michael McCann is a nationally recognized expert in the fields of sports law, antitrust, and behavioral law and economics. He is a Legal Analyst for Sports Illustrated, the "Sports and the Law" columnist on SI.com, and, along with Harvard Law School professor Jon Hanson, a co-founder of The Project on Law and Mind Sciences at Harvard Law School. Professor McCann also served as chair of the Association of American Law School's Section on Sports and the Law in 2008.

Professor McCann has placed articles in the Yale Law Journal, Wisconsin Law Review, Connecticut Law Review, Case Western Reserve Law Review, Brooklyn Law Review, and Yale Journal of Law and Technology, among other law reviews. His most recent article is American Needle v. NFL: An Opportunity to Reshape Sports Law, 119 YALE LAW JOURNAL __ (forthcoming, 2009).
Professor McCann was a visiting associate professor of law at Boston College Law School in 2008 and he serves as the Distinguished Visiting Hall of Fame Professor of Law at Mississippi College School of Law, where he was an assistant professor of law between 2005 and 2008 and where he now teaches a sports law course every summer. While at Mississippi, Professor McCann received the school's most prestigious awards for teaching, including the Professor of the Year Award in 2006-07 and 2007-08 and the Professor of the Year for First-Year Courses Award in all three years. He was also honored with the Phi Delta Phi Professor of the Year Award in 2007-08 and his colleagues named him the recipient of the Shirley Norwood Jones Faculty Award, also in 2007-08.

Professor McCann's commentary for Sports Illustrated has also attracted acclaim. He has received recognition from The American Lawyer and the Newhouse School of Public Communications, among other entities, for excellence in journalism.
Professor McCann is also a legal correspondent for the nationally syndicated Dan Patrick Show and he has been frequently interviewed on television programs, including HBO's Bob Costas Now, CNN's The Situation Room with Wolf Blitzer, American Morning, Headline News, and Glenn Beck Show, Fox News' Fox Live Desk, and CNBC's Morning Call and Power Lunch. He has also been interviewed on NPR, BBC, CBC, CBS Radio, ESPN Radio, the Lou Dobbs Radio Show, and the Jim Rome Show, and by the New York Times, Washington Post, The New Republic, and Business Week. Additionally, Professor McCann contributes to two award-winning blogs: Sports Law Blog and The Situationist. 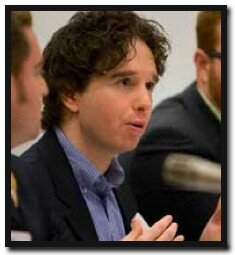 (CBS)  Ben Roethlisberger admitted to police he had sexual contact with a woman accusing him of sexual assault at an Atlanta-area nightclub Friday night, but denies the two had intercourse, according to sources speaking to CBS Pittsburgh station KDKA.

After the woman made the claim, police in Milledgeville, Ga. spoke with the two-time Super Bowl-winning Steelers quarterback, the station reports. And, notes CBS News Correspondent Jeff Glor, those investigators say they intend to interview Roethlisberger again in coming days.

He was at the club celebrating his 28th birthday.

The sources also say Roethlisberger denied there was an assault, and told cops the woman, 20, slipped and fell after the sexual contact, injuring her head.

The woman immediately went to a local hospital to report her complaint, Glor points out.

Police will ask Roethlisberger for DNA samples, Glor says, presumably to see if they match substances taken from the woman at the hospital.

Roethlisberger's lawyer, Ed Garland, maintains his client will emerge from the incident with his reputation intact. "We intend to finish this case in a way that neither his liberty nor his future is damaged," garland told reporters.

Roethlisberger is also being sued by a woman who claims he raped her at a Lake Tahoe hotel/casino last year, an allegation he strongly denies.

On "The Early Show" Thursday, CBS News legal analyst Jack Ford says the latest revelations, if true, "change the dimensions" of the case:
﻿ 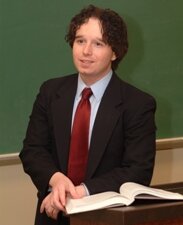 Texas Tech fired coach Mike Leach on Wednesday, two days after he was suspended by the school as it investigated his treatment of a player with a concussion. This sets the stage for a prolonged,"wrongful termination" legal battle between Leach and the university.