A copy of the order is available here.

This case, as outlined in todays Wall Street Journal law column, and also discussed on The SCOTUS Blog, is about the desire by Johnson & Johnson to get clarity on some technical questions related to the False Claims Act, or Qui Tam law, and hopefully spike one of the largest whistleblower cases in US history if it proceeds ahead to trial.

(Full disclosure, two of the principals of The Legal Broadcast Network, Attorney Jan Schlichtmann and Mark Wahlstrom are involved in this case as lead counsel and consultant to the litigation group.)

This case, which has been previously covered by The Wall Street Journal, and was thought to be dead thanks to a lower court ruling, was brought back to life by the US Court of Appeal in August and is now being aggressively argued on both sides as the relators in the case continue to press for trial so the full extent of the alleged scheme of rebates, kickbacks and illegal payments can be exposed, accounted for and the taxpayers reimbursed for the billions in alleged over charges. 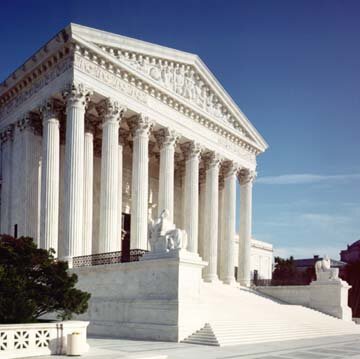 On today's Speaking of Justice, lead attorney Jan Schlichtmann joins Scott Drake to discuss today's ruling by the Supreme Court, the implications on the case and the next steps for the whistleblowers as they continue to press the US government to join this case. Estimates of the over charges are between $3 billion and $10 billion and you would think with healthcare and government control of expenses being a hot political item, that the Obama Justice Department will be carefully watched as to how they approach this potentially huge case.