Charles Brewer was admitted to the Arizona State Bar in March of 1959. Prior to his admittance, Mr. Brewer received his Bachelor of Science degree from the University of Maryland in 1953 and he subsequently received his Juris Doctorate from George Washington University in 1957. Mr. Brewer clerked under Arizona Supreme Court Chief Justice Levi S. Udall from 1958 until 1959. Thereafter, in the summer of 1960, he founded Charles M. Brewer, Ltd. From its inception, the firm has specialized exclusively in plaintiffs' personal injury and wrongful death litigation.

Currently, Mr. Brewer is a select member of the International Academy of Trial Lawyers. The Academy currently has an active membership limited to only 500 individuals worldwide. Mr. Brewer is also listed in Martindale Hubbell's Bar Register of Preeminent Attorneys. This publication is reserved to only those who have the most distinguished law practice and an "AV" Martindale Hubbell rating. For years he has also been listed in Marquis’ distinguished publication, Who's Who in American Law. Additionally, he is a Diplomate of the International Academy of Litigators.

Mr. Brewer was appointed by Federal Chief Justice Julian Cooke as a select member of the Plaintiffs’ Steering Committee of Northwest Airlines Flight #255 crash (which took the lives of 156 passengers) from 1987 until 1990.

Mr. Brewer served his country as an Officer in the U.S. Air Force from 1954-1956 and he is currently a Jet rated Airline Transport Pilot.

For over 14 years he has been a Certified Specialist, Injury and Wrongful Death Litigation, from the Arizona Board of Legal Specialization.

Posted on November 16, 2012 by The Settlement Channel.
4 Comments

Charlie Brewer Northwest 150 miles off from Sequence Media on Vimeo.

The Federal Aviation Administration on Tuesday revoked the licenses of the two Northwest Airlines pilots who overshot their Minneapolis destination by 150 miles.

The pilots — Timothy Cheney of Gig Harbor, Wash., the captain, and Richard Cole of Salem, Ore., the first officer — told safety investigators they were working on their personal laptop computers and lost track of time and place.

The pilots, who were out of communications with air traffic controllers for 91 minutes, violated numerous federal safety regulations in the incident last Wednesday night, the FAA said in a statement. The violations included failing to comply with air traffic control instructions and clearances and operating carelessly and recklessly, the agency said.

"You engaged in conduct that put your passengers and your crew in serious jeopardy," FAA regional counsel Eddie Thomas said in a letter to Cheney. Northwest Flight 188 was not in communications with controllers or the airline dispatchers "while you were on a frolic of your own. ... This is a total dereliction and disregard for your duties."

A similar letter was sent to Cole.

The pilots said they were brought back to awareness when a flight attendant contacted them on the aircraft's intercom. By then, they were over Wisconsin at 37,000 feet. They turned the Airbus A320 with its 144 passengers around and landed safely in Minneapolis. 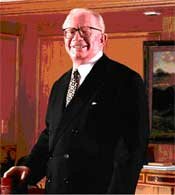 The revocations of the pilots' commercial licenses are effective immediately, FAA said.

The pilots have 10 days to appeal the emergency revocations to the National Transportation Safety Board. If that fails, they can apply for a new certificate after one year.

The pilots' union at Delta Air Lines, which acquired Northwest last year, had cautioned against a rush to judgment. The pilots told investigators who interviewed them on Sunday that they had no previous accidents or safety incidents.

Delta spokesman Anthony Black said in a statement: "The pilots in command of Northwest Flight 188 remain suspended until the conclusion of the investigations into this incident."

Phone messages left with the union and at the homes of the pilots were not immediately returned Tuesday.

One passenger, Lonnie Heidtke of Chippewa Falls, Wis., said he thought it was a stiff penalty for the pilots.

"I feel that the FAA pulling their license seems a little severe, I guess. But at the same time, I think they should not be flying airplanes at least for a while so they have an opportunity to think about this."

The NTSB has not taken or examined the laptops that the pilots were using, spokesman Ted Lopatkiewicz said Tuesday.

"The pilots said they were using them. So I don't know what any examination of them" would do to further the investigation, Lopatkiewicz said.

The pilots failed to respond to numerous radio messages from controllers in Denver and Minneapolis. Other pilots also tried to raise the Northwest pilots, and their airline's dispatchers sent text messages by radio.

Cole and Cheney said they both had their laptops out while the first officer, who had more experience with scheduling, instructed the captain on monthly flight crew scheduling. They said they weren't listening to the radio or watching cockpit flight displays during that period. The plane's radio was also still tuned to the frequency used by Denver controllers after the San Diego-to-Minneapolis flight had flown beyond their reach.

The incident comes only a month after Transportation Secretary Ray LaHood held a meeting in Washington on distracted driving, bringing together researchers, regulators and safety advocates in response to vehicle and train accidents involving texting and cell phone use.

Pilots and aviation safety experts said the episode is likely to cause the NTSB and the FAA to take a hard look at the use of laptops and other personal electronic devices in the cockpit.

There are no federal rules that specifically ban pilots' use of laptops or other personal electronic devices as long as the plane is flying above 10,000 feet, said Diane Spitaliere, an FAA spokeswoman.

Delta said in a statement that using laptops or engaging in activity unrelated to the pilots' command of the aircraft during flight is strictly against the airline's flight deck policies. The airline said violations of that policy will result in termination.