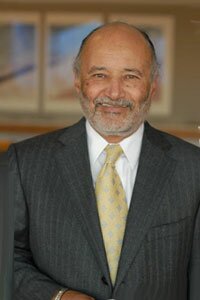 When the Governor of Maryland sought an attorney to serve on the Judicial Appointments Committee, Governor Ehrlich called Judge Billy Murphy "an attorney who has won more cases in front of more judges in Maryland," a man respected and known across the state for his legal acuity and expertise inside and out of the courtroom. A member of the Board of Governors of the Maryland Trial Lawyers Association and the Board of Directors of the National Association of Criminal Defense Lawyers and the recipient of the Inaugural Charles Hamilton Houston Award for Lifetime Achievement in Litigation, the Firm's founder and senior partner, former Judge William H. "Billy" Murphy, Jr., graduated from the Massachusetts Institute of Technology with a B.S. in electrical engineering in 1965 and a J.D. from the University of Maryland School of Law in 1969 where he was a member of the Law Review.

Billy has practiced law for over thirty years including three years as a judge on the Circuit Court for Baltimore City, the highest level Maryland trial court. Billy Murphy has tried numerous high-profile criminal and civil cases including some of the most celebrated cases in Maryland history. Making history comes naturally to Billy Murphy as he comes from one of the most distinguished African-American families in the country. His father, William H. Murphy, Sr., was one of the first African-American judges in Maryland. His great-grandfather founded the Afro-American Newspaper; and his sister, Laura Murphy, is a top lobbyist for the American Civil Liberties Union and heads their Washington D.C. office.

In 1998 Billy Murphy successfully defended fight promoter Don King and Don King Productions, Inc. in the United States District Court for the Southern District of New York in United States v. Don King and Don King Productions, Inc. He was a member of the team of lawyers who sued Ernst and Young in Devan v. Ernst and Young in the Circuit Court for Baltimore City in 1998. Billy Murphy obtained a settlement of $185 million dollars, the largest single-defendant settlement in Maryland history. He has obtained multi-million dollar results in various complex civil cases and has been recognized in numerous publications as one of the best litigators in the history of Maryland.

Billy Murphy has handled cases in the Supreme Court of the United States, the state and federal courts of the District of Columbia, Delaware, Florida, Georgia, New Jersey, New York, North Carolina, Pennsylvania, South Carolina, and Virginia, and in the United Kingdom. Immediately after graduation from law school, Billy served as law clerk for Robert C. Murphy (no familial relation), who was then the Chief Judge of the Court of Special Appeals of Maryland, the state's mid-level appellate court. (Judge Robert Murphy later retired as the Chief Judge of the Court of Appeals of Maryland, the state's highest appellate court.) Billy successfully ran for judge of the Circuit Court for Baltimore City in 1980, unseating an incumbent after ten years of successful practice. That year, Baltimore Magazine profiled him as one of the top five lawyers in the state. When he resigned from the Circuit Court in 1983, the Baltimore Sun wrote that he had the best win-loss record of any criminal lawyer in Baltimore and observed that his peers considered him to be "extraordinarily gifted" and "one of the best defense attorneys of his time."