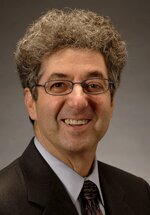 Arthur is a graduate of Swarthmore College and Harvard Law School, where he captained his team to the Ames Moot Court Competition Championship.  After serving as a law clerk to U.S. District Court Judge Gabrielle M. McDonald, he worked as an associate at the Philadelphia law firm of Kohn, Savett, Marion & Graf (now Kohn, Swift & Graf), handling First Amendment, civil rights, and complex civil litigation.  While at that firm, he brought and tried the case that forced the admission of women to Philadelphia's previously all-male Central High School.

Arthur joined Public Justice (then Trial Lawyers for Public Justice) in1984 as its then-sole staff attorney and became its Executive Director in 1987.  In 1991, he was honored by the American Bar Association as one of twenty young lawyers making a difference in the world.  In 1994, because of his success litigating Title IX cases, he was named by College Sports Magazine as one of the fifty most influential people in college sports.  In 1996, he received a Wasserstein Public Interest Fellowship from Harvard Law School for “outstanding contributions and dedication to public interest law” and was named by The American Lawyer as one of 45 young lawyers “whose vision and commitment are changing lives.”

In 2000, Arthur was selected by The National Law Journal as one of the 100 Most Influential Lawyers in America.  In 2002, he received the George Moscone Memorial Award for Public Service from the Consumer Attorneys Association of Los Angeles and the Pursuit of Justice Award from the American Bar Association’s Tort Trial and Insurance Practice Section.   In 2003, the Oregon Trial Lawyers Association renamed its public service award the Arthur H. Bryant Public Justice Award.

In 2005, Arthur received the Justice Michael A. Musmanno Award from the Philadelphia Trial Lawyers Association and the Leonard Weinglass Award for Excellence in Defense of Civil Liberties from the Civil Rights Section of the Association of Trial Lawyers of America.  In 2006, he was again selected by The National Law Journal as one of the 100 Most Influential Lawyers in America.

The Supreme Court on Tuesday threw out a cigarette maker's appeal of a nearly $80 million award to a smoker's widow,  likely signaling the end of a 10-year legal fight over the large payout. Scott talks with Arthur Bryant from Public Justice who wrote an amicus brief.

The U.S. Supreme Court has just issued a major decision rejecting federal preemption and preserving access to justice. The Supreme Court held 5 to 4  in Altria Group, Inc, v. Good that federal law does NOT preempt — i.e., wipe out— lawsuits against the tobacco companies for defrauding the public by fraudulently advertising that their “light” cigarettes delivered less tar and nicotine than “regular” cigarettes. Scott Drake with Roberta Ashkin and Arthur Bryant who authored an amicus brief to the Supreme Court.