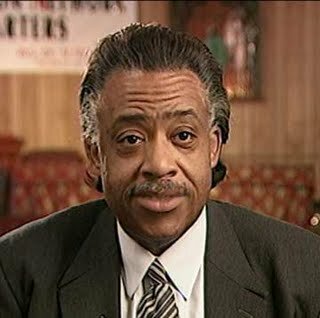 Reverend Al Sharpton is an American Baptist minister, civil rights activist, and radio talk show host. In 2004, he was a candidate for the Democratic nomination for the U.S. presidential election. He hosts his own radio talk show, Keepin’ It Real, and he makes regular guest appearances on Fox News (such as The O'Reilly Factor) CNN, and MSNBC.

Sharpton's supporters praise "his ability and willingness to defy the power structure that is seen as the cause of their suffering" and consider him "a man who is willing to tell it like it is". Former New York Mayor Ed Koch, a one-time foe, said that Sharpton deserves the respect he enjoys among African-Americans: "He is willing to go to jail for them, and he is there when they need him."

Rev. Al Sharpton joins Jan Schlichtmann after addressing the assembled attorneys at the Mass Torts Made Perfect conference in Las Vegas, NV. In this short, but intriguing podcast Mr. Sharpton relates his recent discovery that his ancestors were related to the long time South Carolina Senator Strom Thurmond and how that fact impacted his view on civil rights, his family history and historicalperspective of slave ownership. A fascinating podcast.