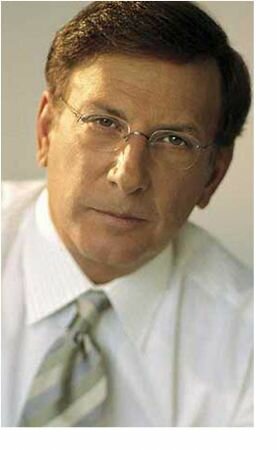 Aaron Brown is an American broadcast journalist most recognized for his coverage of the September 11, 2001 attacks[citation needed], his first day on air at CNN. He was a longtime reporter for ABC, the founding host of ABC's World News Now, weekend anchor of World News Tonight and the host of CNN's flagship evening program NewsNight with Aaron Brown. He is currently the anchor of the PBS documentary series Wide Angle, the host of public radio program The Aaron Brown Show and an instructor at the Walter Cronkite School of Journalism and Mass Communication at Arizona State University.

I have wondered for years what happened to Aaron Brown. LOVED him!! Just a very down to earth quick witted, sympathetic, genuine guy. I heard Anderson Cooper replaced him. They were doing their show together and suddenly Aaron vanished. Why couldnt it stay like that?????? Anderson is great but that does not mean he should replace someone who is also doing a great job. I jus tsaw something on tv in which Aaron was commenting - and i perked right up but i did not see what show or where this was shot. I JUST WANT TO KNOW WHERE TO WATCH HIM. PLS HELP.
April 17, 2010 |

Gisele
thanks a lot dear, im very interesting for your article. im very impresing for this :)